In the previous posts, we explained different aspects of Global Reporting Format (GRF) regulations and the changes in respect to runway inspectors’ work. In practice, the transition to GRF regulation might create some confrontations that need to be considered carefully. In this post, we compare the old type of runway reporting and GRF runway conditions reporting and present you some key confrontations in respect to runway inspectors, pilots, and airports’ works and possible reconciliations to solve these problems. 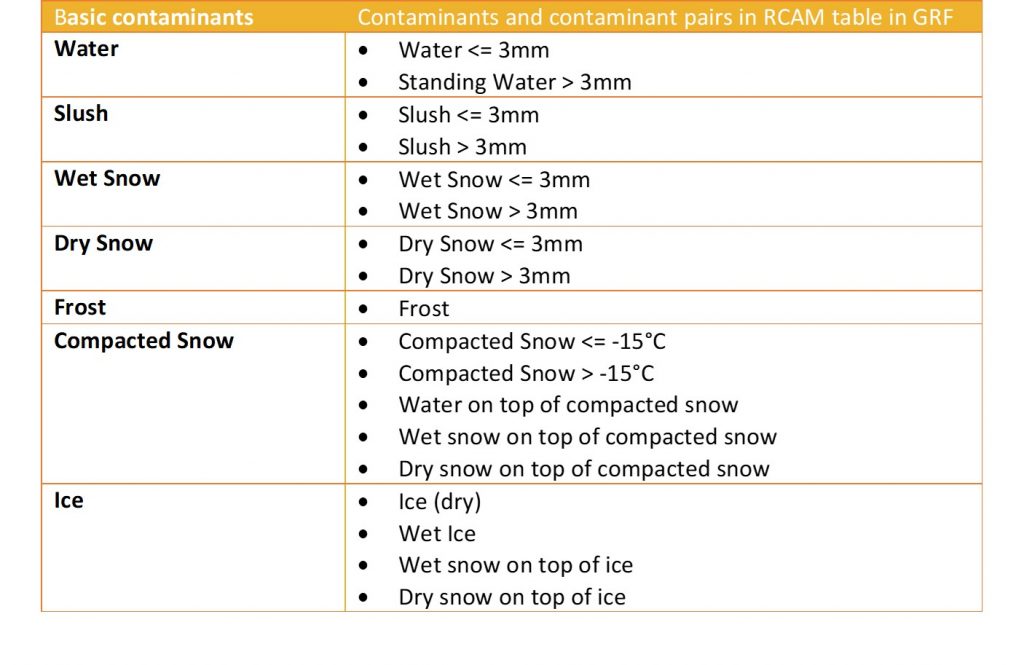 RCAM table was originally designed to support runway condition assessment from landing performance point of view. That is why RWYCC-value plays a major role in the assessment. However, RWYCC-value has no role in take-off performance. To safely cover both take-off and landing, the runway inspector should choose the RCAM contaminant having the greatest impact on take-off performance and RWYCC-value having the correct effect on landing performance. To safely cover take-off and landing, in certain runway conditions may require reporting, where RCAM contaminant type and its respective (nominal) RWYCC-value cannot be “locked” and a RWYCC downgrade procedure should be applied. For further information, read our previous blog on How to Report Runway Conditions to Satisfy Both: Take-off and Landing.

Another confrontation is related to the airport policy. The question is that should the airports use friction tester as an input when assessing runway conditions or should they use only subjective inputs? This is more or less a policy question and the decision should be made by the airport and not directly by the inspectors.

It is easier and safer for the pilot if the results are analysed and a one take-off significant contaminant is issued in the SNOWTAM situational awareness section. For further information, read our previous blog on How Can Airport Support Cockpit Crew in Their Performance Calculation.